What is an MVNO? Mobile Virtual Network Operators Explained

MVNOs are prepaid cell phone carriers that use Verizon, AT&T, and T-Mobile for coverage. MVNO stands for Mobile Virtual Network Operator. Here's what you need to know.
Written by: 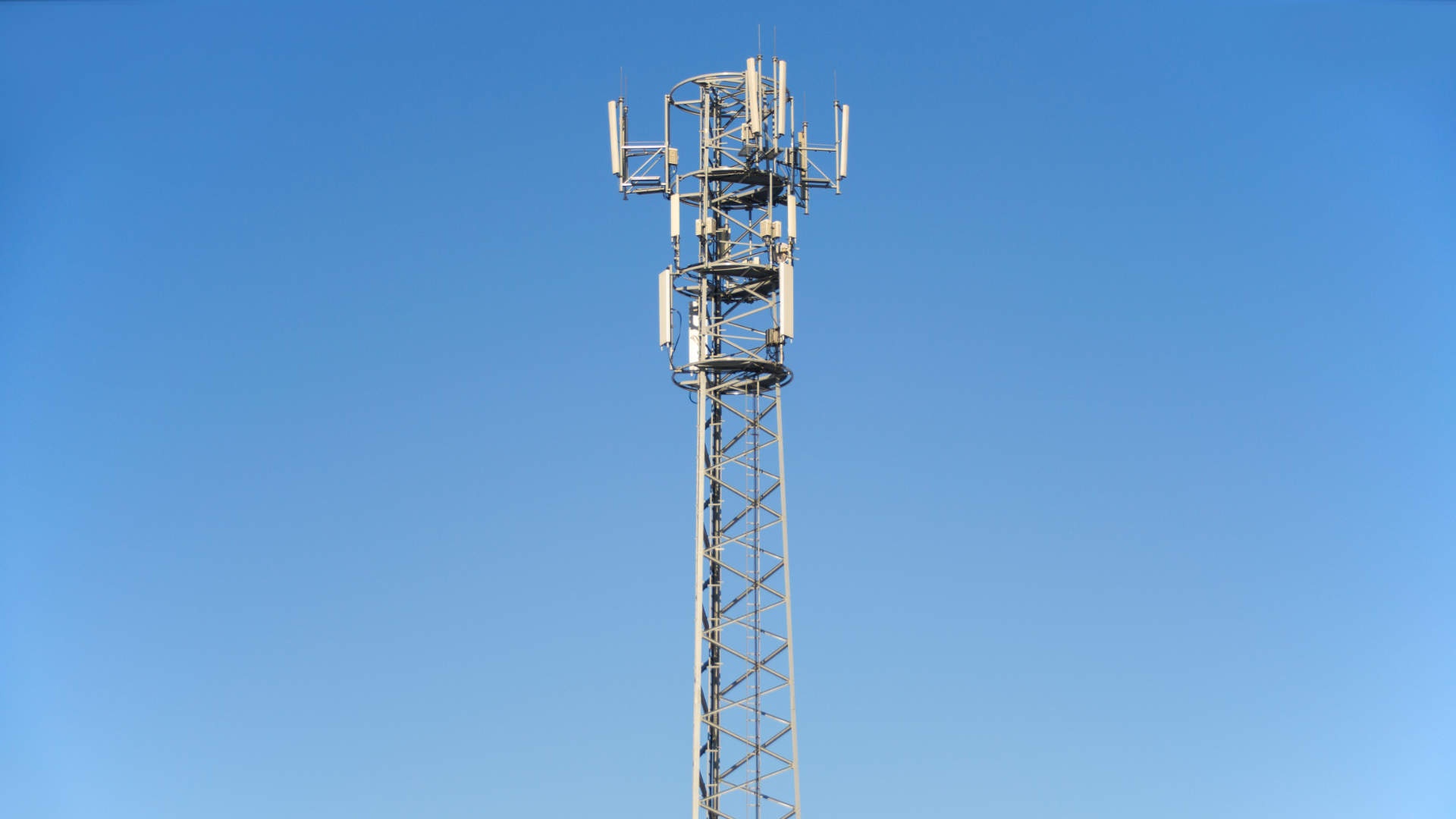 (Photo by PhotoMIX Company from Pexels.)

What Is An MVNO?

The first thing you’re probably wondering is: What is an MVNO?

That is a great question.

To better understand what an MVNO is, and more importantly how they can offer such cheap cell phone plans, let’s take a look at how the wireless industry is set up.

How the Wireless Industry Works in the United States

In the United States, there are four major carriers: AT&T, T-Mobile, Verizon, and Dish.

These major carriers are called MNOs, or Mobile Network Operators, because they build and operate their own networks across the United States.

To make up for the cost, these major carriers charge premium prices for their cell phone plans. Taking out any auto-pay discounts, Verizon’s premium Play More and Do More unlimited plans are $90 per month, AT&T’s premium Unlimited Extra plan starts at $85 per month, and T-Mobile’s Magenta plan is $75 per month.

For a lot of people, that’s expensive! These prices add up to over $900 per year on cell service.

Not everyone can afford to pay these high $80-$90 per month prices on cell service.

That’s why many of the major carriers offer some sort of prepaid service.

Verizon Prepaid, AT&T Prepaid, and T-Mobile Prepaid all offer more affordable plans than their postpaid counterparts, with options starting as low as $15 per month.

These cheaper prepaid plans try to appeal to a more budget-minded demographic.

But even these plans may not appeal to everybody (Verizon’s prepaid options tend to still be more expensive), and a lot of consumers are looking for different options.

If the major network operators did nothing, their networks would always be operating with extra capacity for more customers, but they would have no way of attracting new customers without further reducing the rates of their premium plans!

And this is where MVNOs, or smaller prepaid carriers, come in.

Instead of losing revenue on all the budget-minded consumers who feel paying $900+ per year on cell service is expensive, the MNOs lease access to their already-built networks to smaller, prepaid carriers.

They are called virtual network operators because don’t actually build or operate their own networks. Instead, they operate virtually on the networks built by Verizon, AT&T, Sprint, or T-Mobile.

The agreements between the MNOs and the MVNOs are also structured such that the MVNOs can afford to offer significantly cheaper plans. You can think of the agreements as similar to retailers getting access to wholesale prices for merchandise.

Because MVNOs get access to these wholesale prices, they are able to offer significantly more affordable plans and prices for the same features and service.

And, because they are using the exact same networks, MVNOs are able to provide the same coverage as the native networks built by the MNOs.

Popular MVNOs include on the T-Mobile network include Mint Mobile, Ultra Mobile, and Boost Mobile.

Popular options on the Verizon network include US Mobile, Ting, and Red Pocket.

And popular providers on the AT&T network include Wing, Pure Talk, and Boom Mobile.

Some MVNOs, like Red Pocket, make agreements with multiple network operators so they can offer service on either Verizon, AT&T, or T-Mobile networks. Customers can choose what network they want when they sign up.

How MVNOs Can Afford To Offer Such Cheap Plans

Along with getting access to wholesale prices, many MVNOs use additional cost-saving measures to make the prices of their plans stand out.

Here are five of the most popular ones:

Offering their plans online in a direct-to-consumer model means that MVNOs don’t need to have physical store locations. This saves money on leasing building space, heating, electricity, and most importantly staffing sales employees and keeping inventory.

Another way MVNOs save money is by not offering true unlimited plans. MVNOs pay the MNOS per MB of data that their customers use. By having set data amounts, either 1GB, 5GB, 10GB, or even up to 50GB, the MVNOs are better able to manage their costs and know exactly how much data their customers will use.

Considering 96% of consumers use less than 50GB of data per month, offering plans with 15GB, 35GB, or 50GB high-speed data allotments is a great way to appeal to a huge number of customers while still effectively managing costs.

A recent trend in the wireless industry has been to offer plans in bulk, which means customers can buy either 3 months, 6 months, or 12 months of service at a time.

Mint Mobile was one of the first carriers to offer cell phone plans in bulk with their 3GB plan that came out to just $15 per month with the 12-month option. Since Mint pioneered the idea, Red Pocket, Unreal Mobile, and even AT&T adopted the strategy.

Allowing customers to buy in bulk means the MVNOs are getting more money upfront, it increases the likelihood customers will renew their service, and it allows the MVNOs to better manage their finances and network agreements with the MNOs.

As a result, MVNOs are able to offer reduced rates on plans purchased in 3-, 6-, or 12-month packages.

The primary ones are having strong referral and reward programs, leveraging Google Ads to target potential customers online, using social marketing strategies, and building active communities on sites like Reddit.

Another way MVNOs can reduce costs and pass on the savings to consumers is by building self-help tools.

These include help and support articles, tutorials, or instructional videos that help customers sign up, get their service activated, and answer frequently asked questions.

Once the MVNO invests in self-help tools, they last forever and are cheaper to maintain than staffing employees in thousands of store locations nationwide.

Downsides and “Gotchas” with MVNOs

Now, I will say it isn’t smooth sailing for all MVNOs. You may think there are compromises to achieving such affordable service, and you’re right.

Here are 5 things you should know about the service from MVNOs before you sign up:

Typically with MVNOs, you can expect lower quality customer support. Some MVNOs offshore their customer service operations to companies in the Philippines, Pakistan, or Bangladesh. This can make representatives more challenging to understand and communicate with.

Additionally, many MVNOs are online-only, which means support is only available via phone, online chat, social media, or email. There’s no store you can just walk into if you have a question.

The MVNOs with the best customer service I feel are Mint Mobile (I use them personally), Ting, Reach Mobile, and US Mobile.

A tactic that MNOs use to help differentiate their expensive, premium plans from the affordable plans from the MVNOs is to make their plans have higher priority data.

Having higher priority data means that anytime the network is busy, such as during rush hour, at a sports event or concert, or just in a major city when there are a lot of people on the network at the same time, people with plans directly from the MNOs will have faster speeds.

How much of a difference does data priority make?

To be honest, it really depends on your location, time of day, and the level of network traffic in your area. Odds are many people will never notice having deprioritized speeds on the MVNOs.

The best thing I can recommend you do is to sign up for a plan and test it for yourself. Try a month of service before switching so you know exactly what the experience will be like.

Another area MVNOs have historically lacked in is their included features.

Many MVNOs support the primary features you care about, such as VoLTE, Wi-Fi calling, and mobile hotspot, but some of the extra features, like visual voicemail, domestic roaming, stateside international calling, international data roaming, or eSIM are not as widely supported.

Just be sure to check the plan you are interested in supports the features you want before you sign up.

What Are The Best MVNOs?

The best MVNO and the best plan often depends on your personal needs and preferences.

First, you want to make sure the MVNO offers coverage in your area. We include pages with full lists of Verizon MVNOs, AT&T MVNOs, and T-Mobile MVNOs, so you can select one that uses the same network you have now.

From there, it’s all about finding an MVNO with a plan that meets your needs.

Some of my favorite plans are as follows:

MVNOs are a great way to get the same great coverage on the major networks while significantly reducing the cost of your cell phone bill.

They can literally save you hundreds of dollars per year.

I’ve been a Mint Mobile customer for 2 years now paying just $20 per month, and Mint has saved me over $1,200 compared with T-Mobile’s $70 Magenta plan. That was enough to buy the new iPhone 12!

MVNOs may not be for everybody, but considering their cost savings I definitely think they are worth considering.