Unlimited Data Plans on Verizon, AT&T, Sprint, and T-Mobile that are Perfect for iPhone 11 & iPhone 11 Pro
Written by: 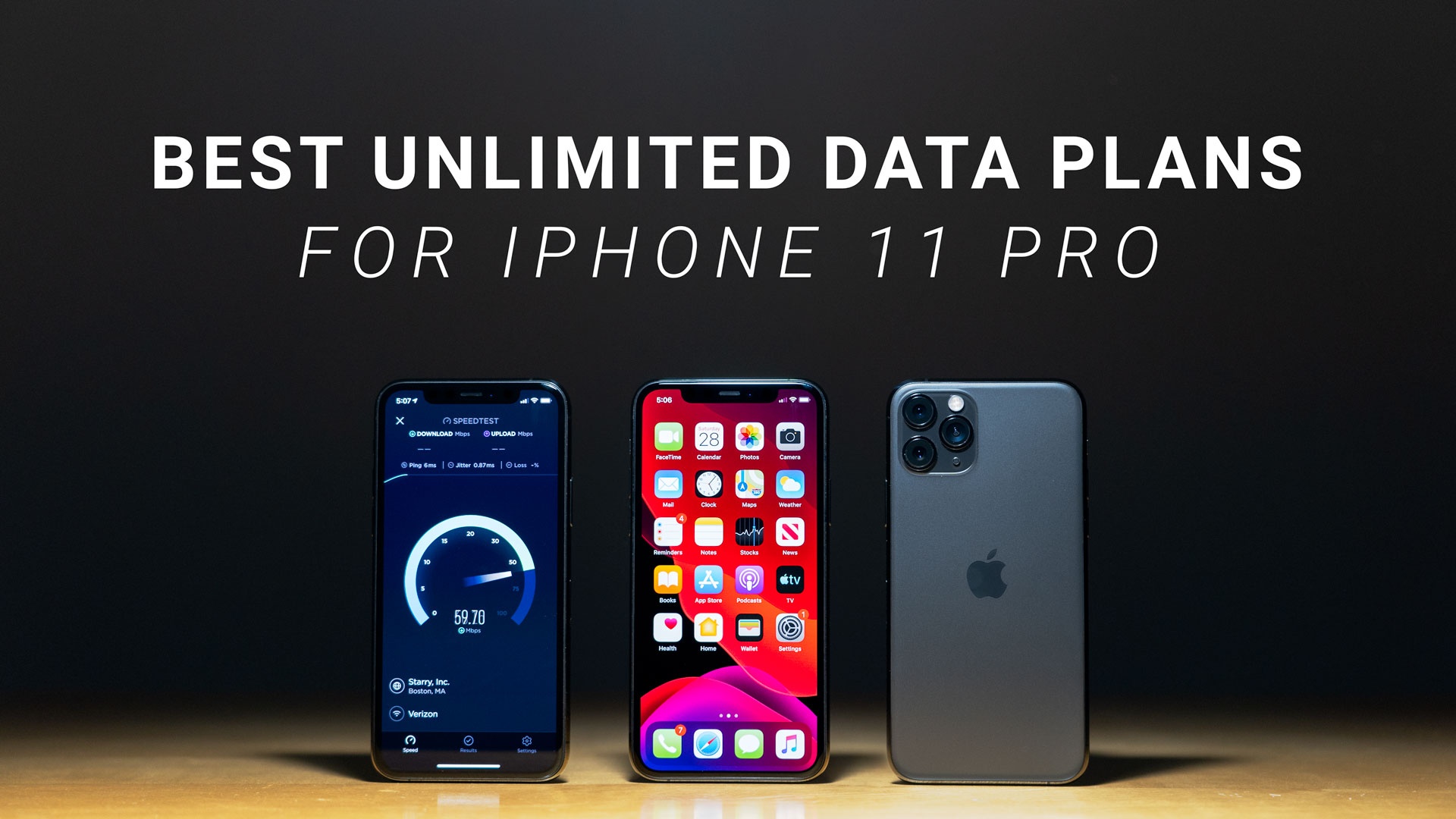 With incredible cameras, a beautiful Super Retina XDR display, and longer battery life, iPhone 11 Pro ideal for both consuming and producing media. Like seriously, Netflix is great, YouTube is great, and the cameras are super fun for creating and sharing content.

That’s why in this article I am covering the best and most affordable unlimited data plans so you can use your iPhone to its fullest potential.

Here’s why there are no true unlimited plans

First, I want to clarify something. There are no true unlimited plans out there. There’s always a catch. And here are the two big catches you need to know about:

When your data speeds are deprioritized, it means they will be slowed during times of network congestion. Data deprioritization often occurs after you’ve used a certain amount of data. For example, with T-Mobile’s unlimited plans, you will be deprioritized once you’ve used over 50GB of cellular data and the network is congested. Network congestion often occurs in densely populated areas where everyone is trying to access the network at the same time. If you try and connect while everyone else is streaming that new viral YouTube video, you’re gonna get slow speeds. Sometimes deprioritized data speeds unusably slow. Other times, when the network isn’t congested, your speeds will be as fast as you’re used to and you won’t even notice.

A data speed cap is when your speeds are permanently slowed to a certain limit after you’ve used your allotment of high speed data. Most of the time data speed caps are pretty slow, only allowing services such as iMessage, Facebook Messenger, or email to work properly. I’ve seen speed caps range from about 128Kbps to 256Kbps. Occasionally you can get away with music streaming and some light social media use, but these speeds are often slow and will test your patience.

Carriers frequently market plans as “unlimited,” even when they have a data speed cap. Plans with data speed caps are not unlimited plans. However, they still often include a large amount of high speed data before the data speed cap kicks in, and this compromise of having unlimited slow data after a certain limit allows carriers to offer much more affordable plans.

How Cell Service Works in the United States

In the United States there are four major networks, Verizon, AT&T, Sprint, and T-Mobile, and I’ll be covering the best unlimited data plans across each of these networks. These plans will come from the big four carriers themselves, as well as other MVNOs that use the same networks for coverage.

The way cell cell phone plans work in the United States is that the four big carriers, Verizon, AT&T, Sprint, and T-Mobile build and operate their own networks. They invest in the resources for developing their networks, and this allows them to offer premium features and charge a premium price.

However, not everyone can afford their prices and their networks are never operating at full capacity. To make up for this, Verizon, AT&T, Sprint, and T-Mobile lease access to their networks to smaller carriers at reduced rates.

These smaller carriers, referred to as MVNOs, pass on these reduced rates to their consumers in the form of more affordable data plans. Examples of MVNOs include many of the carriers featured on this website, such as US Mobile, Tello, Red Pocket, and Mint Mobile.

MVNOs offer the same coverage as the big four carriers because they are literally using the same networks, but sometimes they have limited access to features, capped data speeds, or other caveats to achieve their affordable plan prices.

These will be from the big four carriers themselves, support all features, and naturally be a bit more expensive for a more premium experience.

These will often be more affordable, have some sort of limitation like data deprioritization or lack of support for certain features, but overall be a great value.

These are not unlimited, but provide a comparison of what you may be paying should you decide you don’t truly need unlimited data.

First up, the best unlimited data plans with coverage on the Verizon network.

The best premium unlimited data plan comes from Verizon themselves. Their Get More Unlimited Plan includes 75GB of priority data before speeds are slowed during times of network congestion, 30GB of dedicated high-speed hotspot data, and of course support for WiFi calling, VoLTE, visual voicemail, and 720p video streaming. Perks also include an Apple Music subscription and 500GB of Verizon Cloud storage. But this plan will run you $90/month or $1080 per year.

Visible, on the other hand, is just $40 per month and will save you $600 per year. They are my top choice for the best value unlimited plan out there. Data speeds are throttled during times of network congestion regardless of your data usage, they do have a limited phone selection, and their activation process can be hit or miss, but they offer truly unlimited data and unlimited hotspot data too. I had a good experience when I tried them, but definitely read the Visible review for more information (you can also watch the review video embedded on the news post). Oh, and if you wish you may use code wFT2c for $20 of credit.

US Mobile is probably the best high data amount alternative. $30 gets you 5GB of data at fast speeds and $40 gets you 10GB at fast speeds. It’s a little more expensive, but I think US Mobile is worth it for people who value strong customer service and who value a beautiful online dashboard for easily managing your account. This makes US Mobile great for families.

And finally, as a bonus here, Verizon’s own prepaid plans are actually a pretty good option. They are still offering their double-data promotion, so you get 6GB for $35/month, 16GB for $45/month, or unlimited data for $65/month. The unlimited plan doesn’t support the hotspot though.

The best premium plan unlimited plan on AT&T is their very own $80 AT&T Unlimited &More Premium plan. This plan includes 22GB of data before your speeds may be slowed during times of network congestion, 15GB of high speed hotspot data, and of course supports VoLTE, WiFi calling, and visual voicemail. But $80 is expensive. This plan adds up to $960 per year.

For the best value plan I think I have an option you’re going to like. I previously recommended Cricket because I used them in the past and liked their service, but with an 8Mbps data speed cap on most plans and a 3Mbps speed cap on one of their unlimited plans, I think it’s time to move on to something better.

This time around I’m recommending Wing. Their unlimited plan is just $55/month includes the same premium features as AT&T’s plan. You get the same  22GB of prioritized data, the same support for WiFi calling, VoLTE, and visual voicemail, and––something different––Wing includes unlimited hotspot data with their plan! And to top it off, Wing supports eSIM, which is perfect for the iPhone 11 Pro. At $55 per month, Wing is essentially a way better version of the AT&T plan that’ll save you $300 per year.

The best high-data amount alternative plan is from Red Pocket. $40 bucks for 10GB of data or $30 bucks for 5GB of data. Visual voicemail and the personal hotspot are available on Android phones but not iPhones, and VoLTE isn’t supported at all. Still, these prices are great.

On the Sprint network the best premium plan is of course from Sprint themselves, and it’s their conveniently named “Unlimited Premium” plan. Oddly, data is always deprioritized during times of congestion, which is a bit of a bummer, but this plan does include 100BG of hotspot data, VoLTE, WiFi calling, and visual voicemail. I try not to focus on the additional add-ons that some plans include, as this can obscure plan comparisons, but it’s hard to ignore the included Amazon Prime, Hulu, Tital, and Lookout memberships included with Sprint’s plan.

For the best value unlimited plan, I think Sprint’s Unlimited Kickstart plan takes the cake. $25 per month for unlimited data is tough to beat, with the only real downside being no support for the personal hotspot and data streaming speed limitations.

If you’re looking for support for hotspot, then the best high data amount plan may be worth considering. I recommend Tello’s $39 plan. They call it unlimited, but really it’s a 25GB plan where you get 25GB of high speed data before unlimited slow data. Tello supports the hotspot, WiFi calling with their application, and visual voicemail. You could even consider one of their cheaper plans. 8GB of data starts at just $26/month, and 4GB of data starts at $16 per month.

On the T-Mobile network, the T-Mobile Magenta Plus plan is the most premium option out there. $85 per month for 50GB of priority data, 20GB of hotspot data, VoLTE, WiFi calling, and HD video streaming. You also get Netflix included for free as a nice perk. What I love about T-Mobile, and I think this is important to mention, is taxes and fees are included. I recently signed up for Sprint, Verizon, and AT&T, and they added on what I felt like were ridiculous taxes and fees to the plan. My $90 AT&T plan came to $96.23 after all taxes and fees, which adds another $74.76 per year. I mean that’s basically an extra month of cell service right there, gone to taxes and fees!

The best value unlimited plan on T-Mobile comes from Metro by T-Mobile. $50 for unlimited data with 35BG of priority, 5GB of dedicated hotspot, and support for VoLTE, WiFi calling, and visual voicemail. 100GB of Google One storage is included with this plan too. Also low-key Teltik has a really great option here too. $40 bucks a month for unlimited data and unlimited 3G hotspot data. Teltik is for businesses, but I’ve heard they do approve your eBay seller page as a business. Do with this information what you will.

And finally, the best high-data plan that isn’t unlimited is from Mint Mobile. $25 per month gets you 12GB of high speed data, and support for hotspot, WiFi calling, VoLTE, and visual voicemail. I use Mint as my personal provider because I think they are the best deal out there, and I’ve honestly been loving the service.

So there you go, those are the best premium unlimited plans, value unlimited plans, and the high-data amount alternative plans on the Verizon, AT&T, Sprint, and T-Mobile networks perfect for the iPhone 11 Pro. Which plan is right for you? That all depends on your data usage, coverage in your area, and how many lines you have, but hopefully this article provided helpful information as to which plans are worth considering. 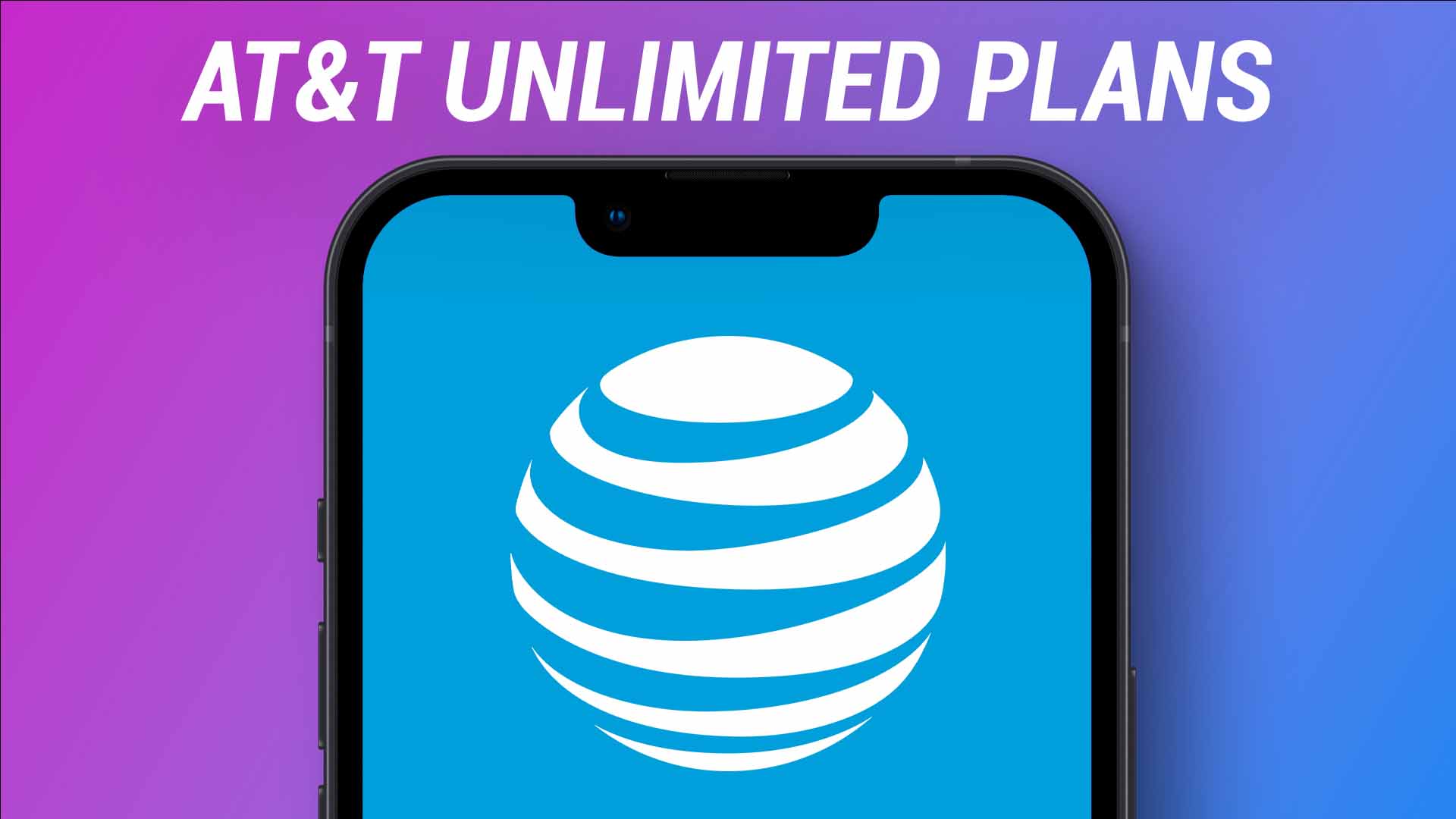 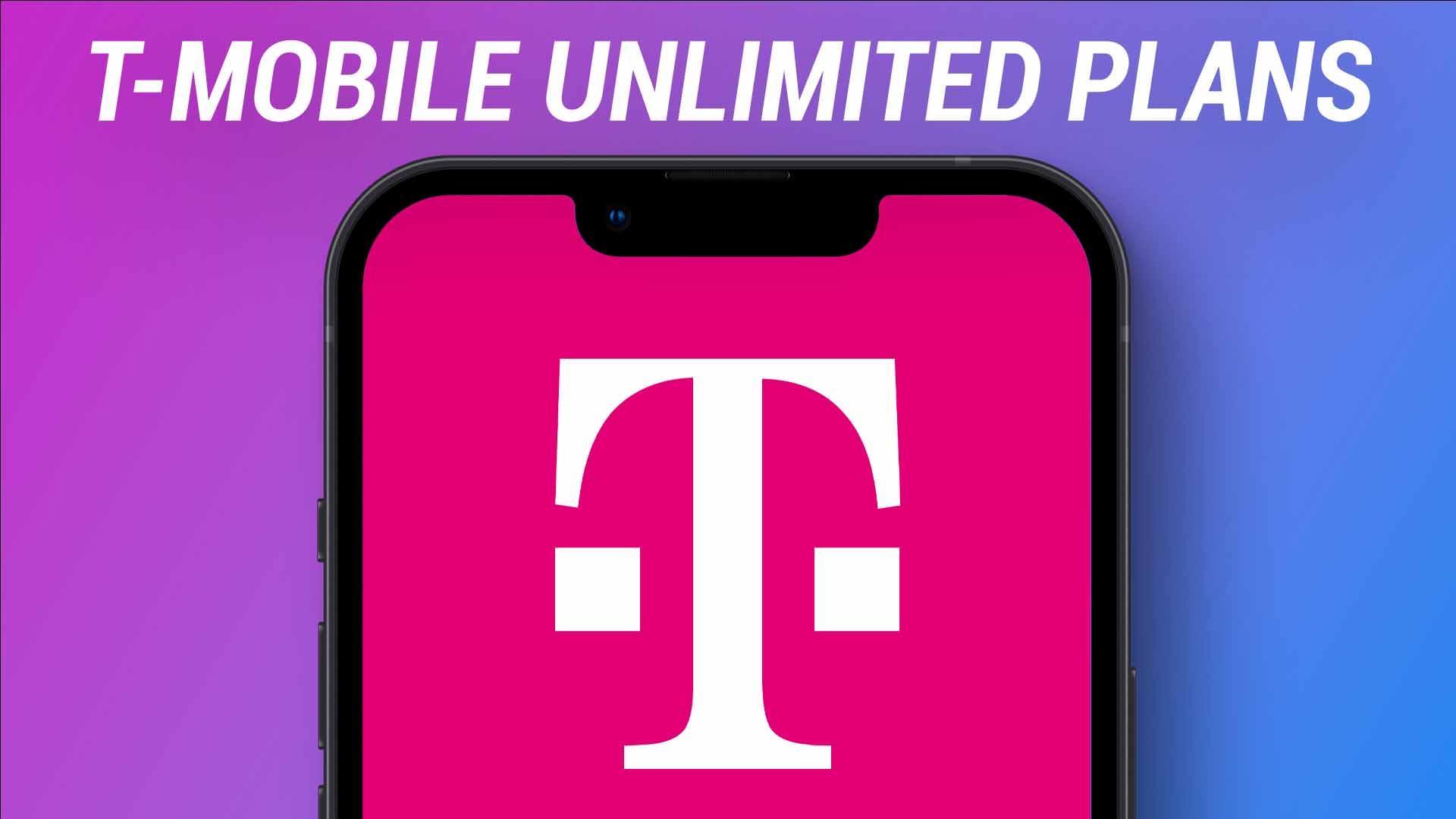 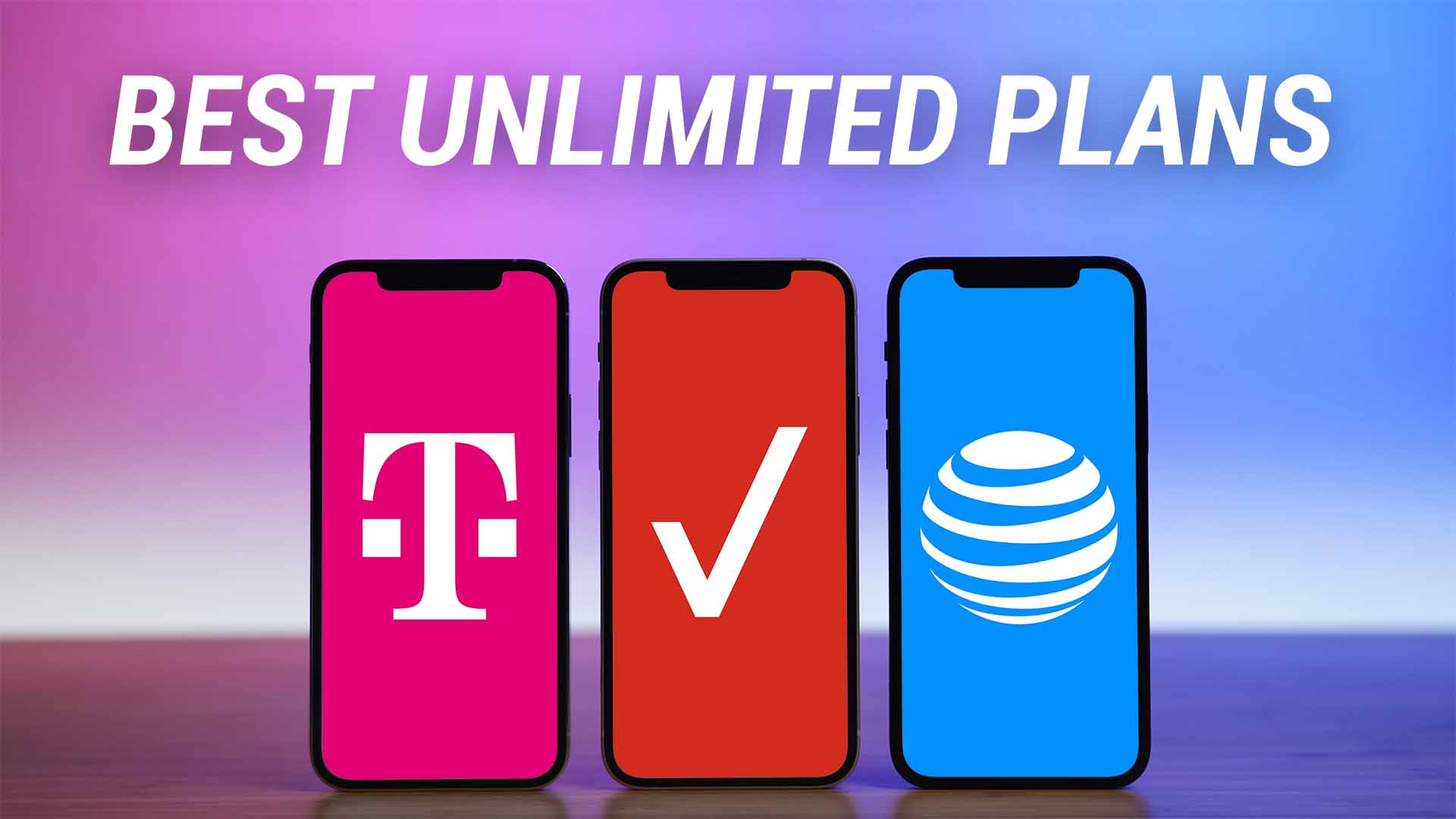 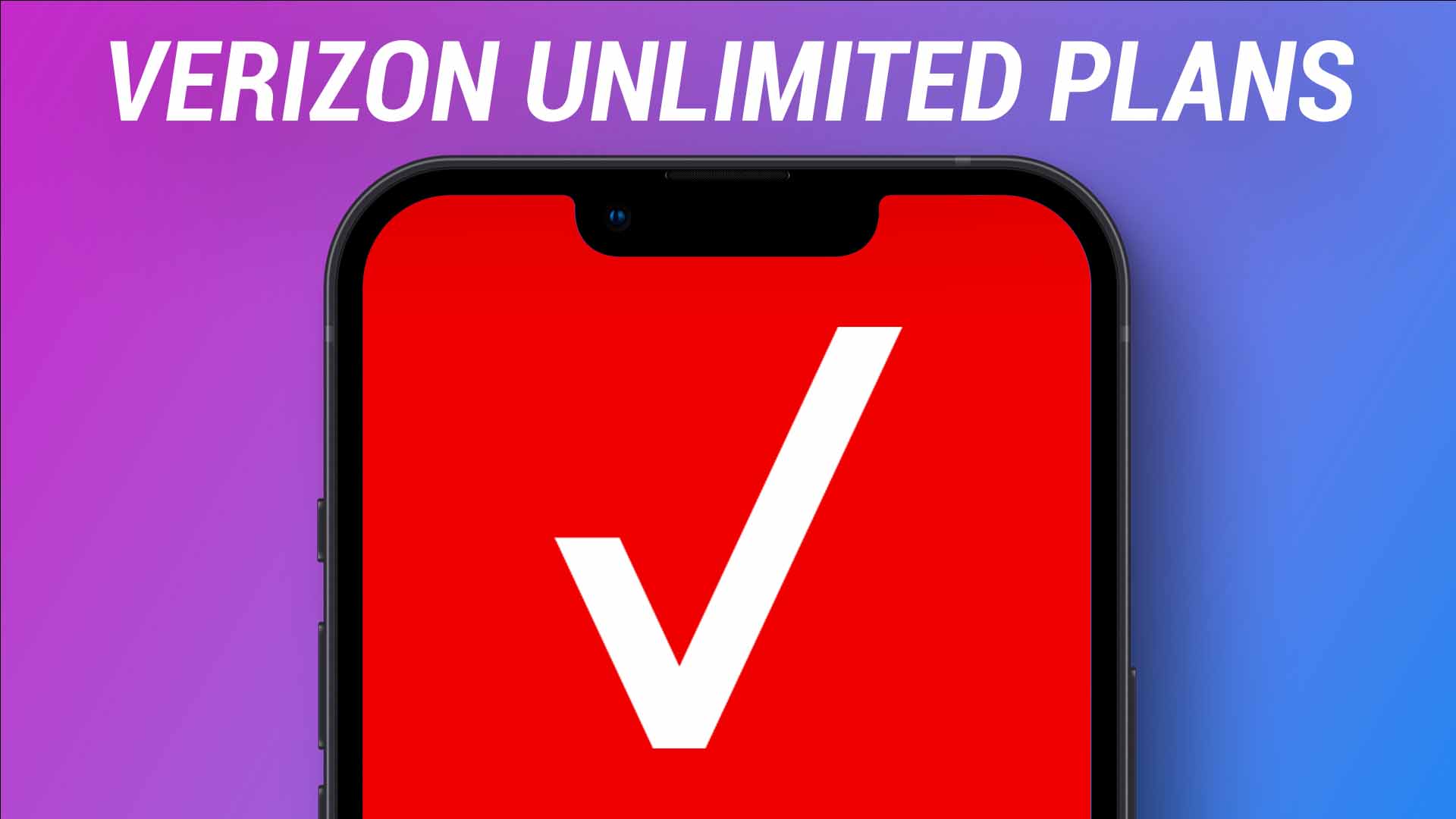 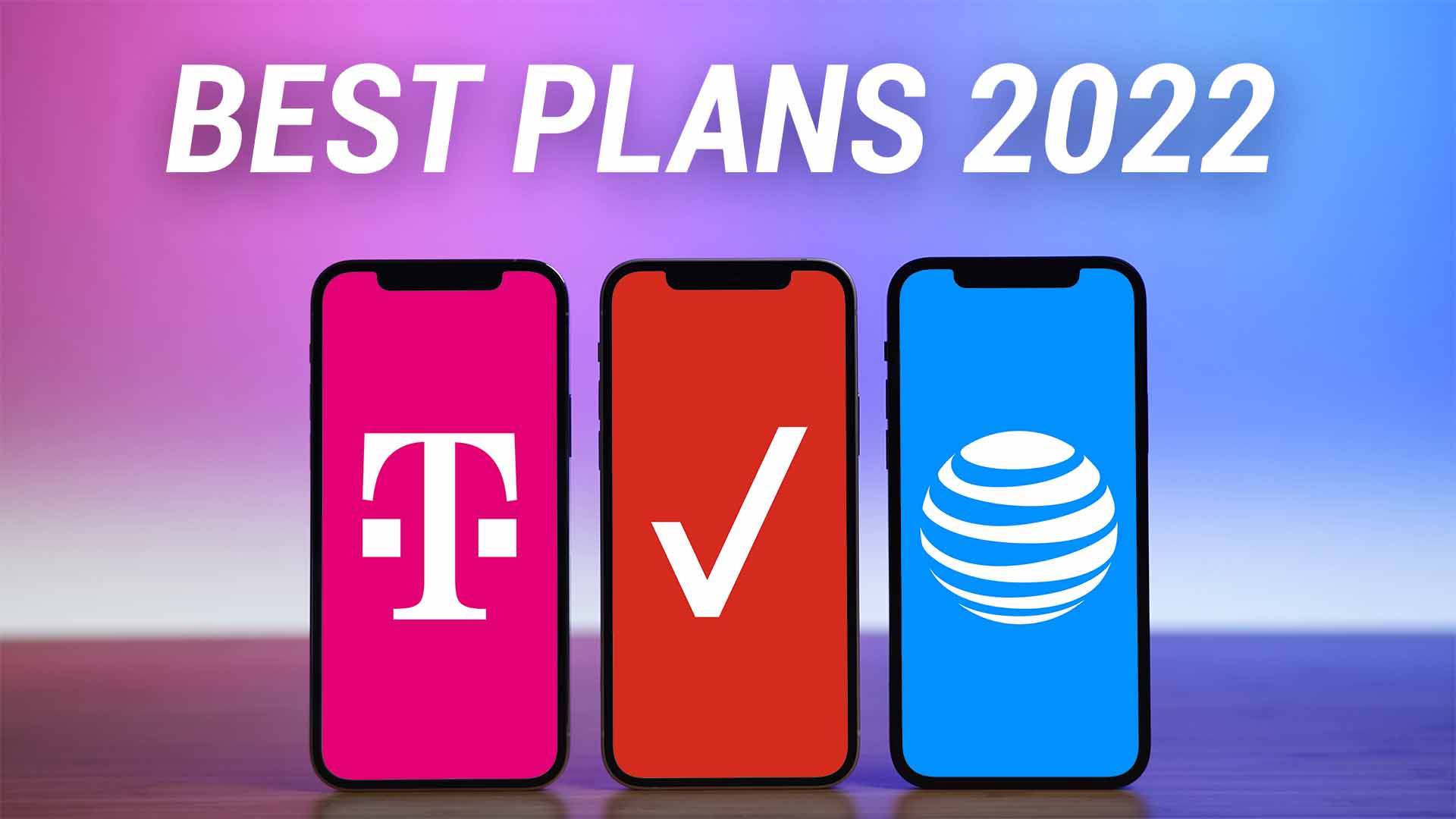 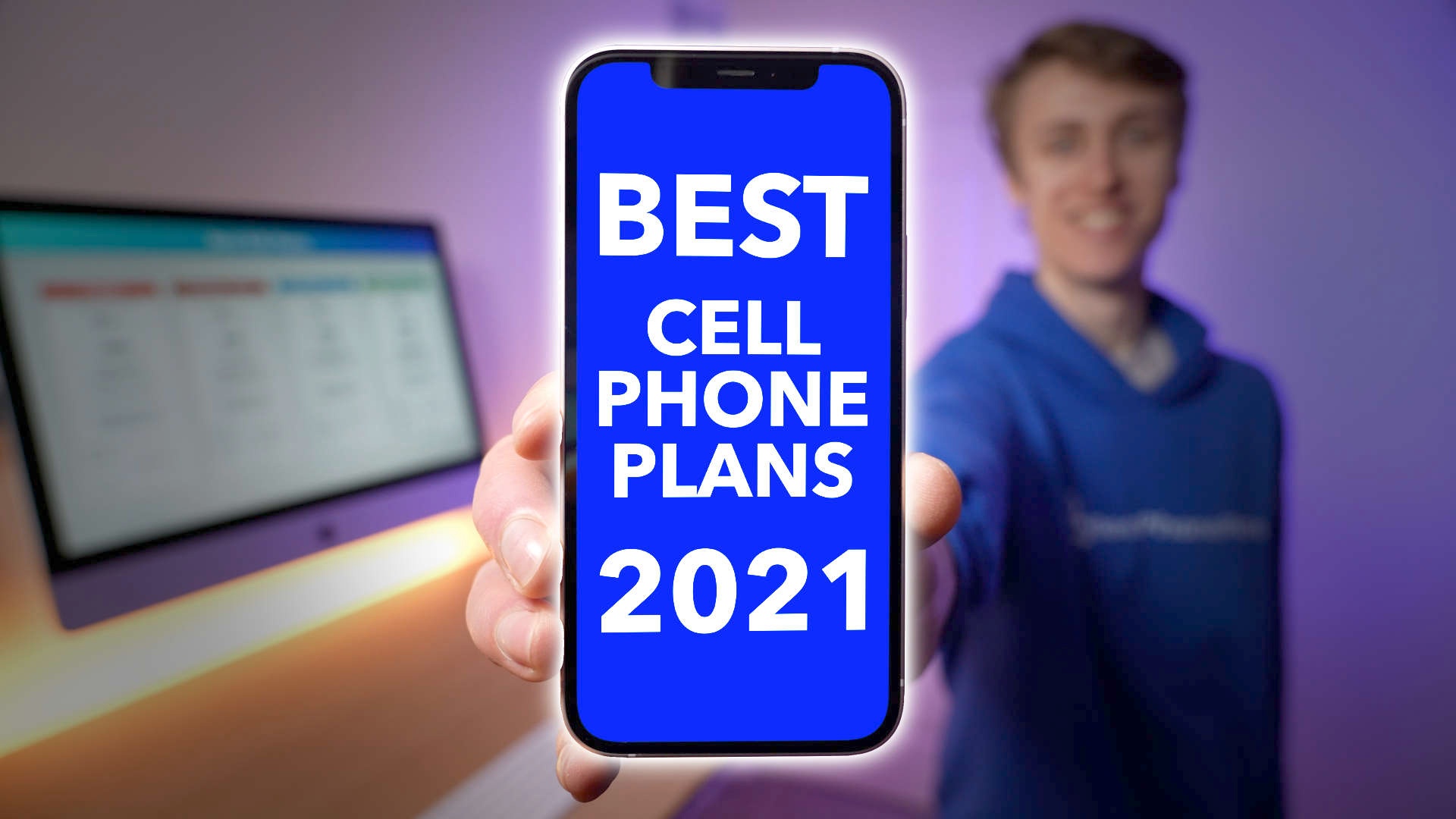 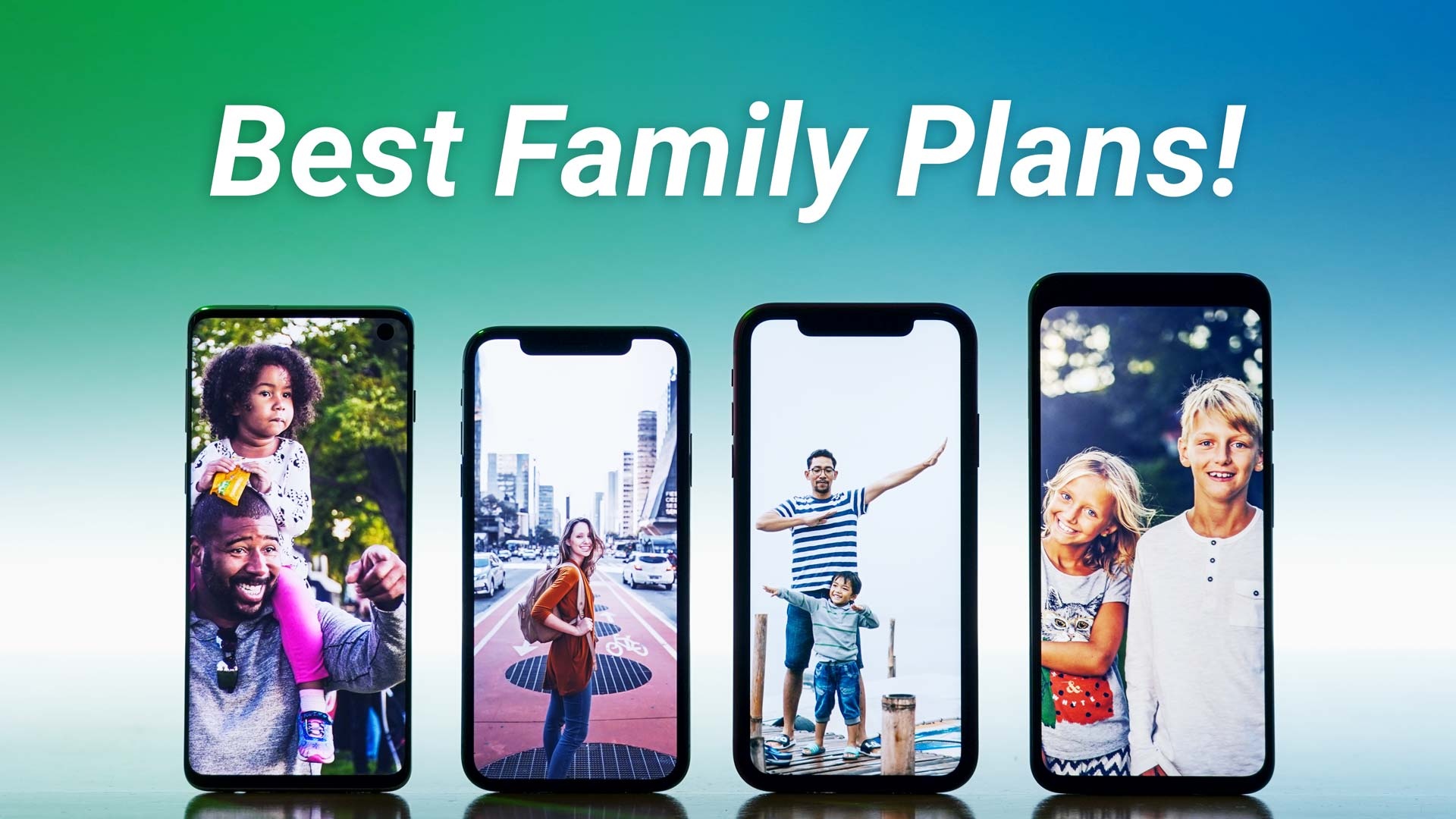 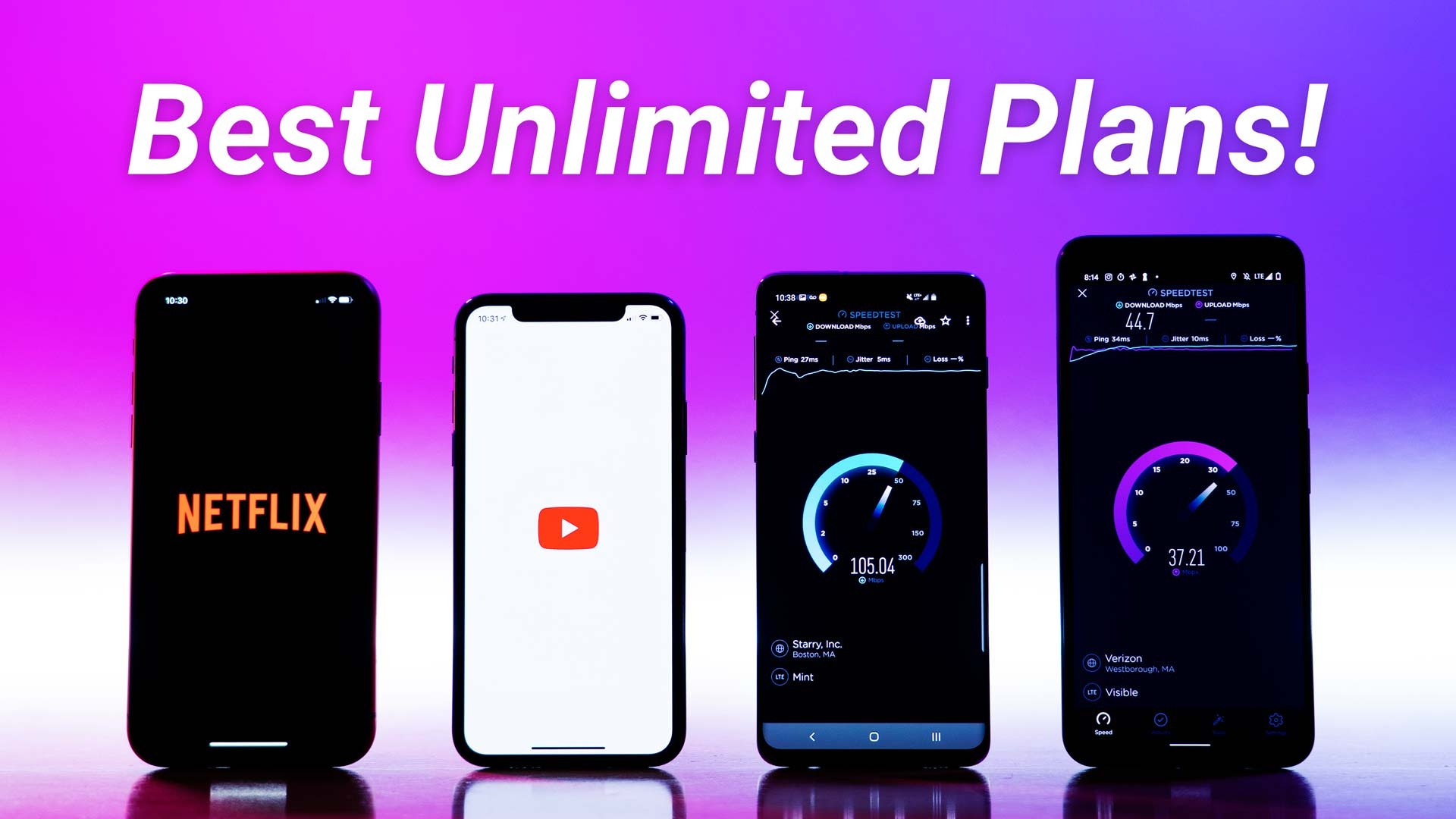 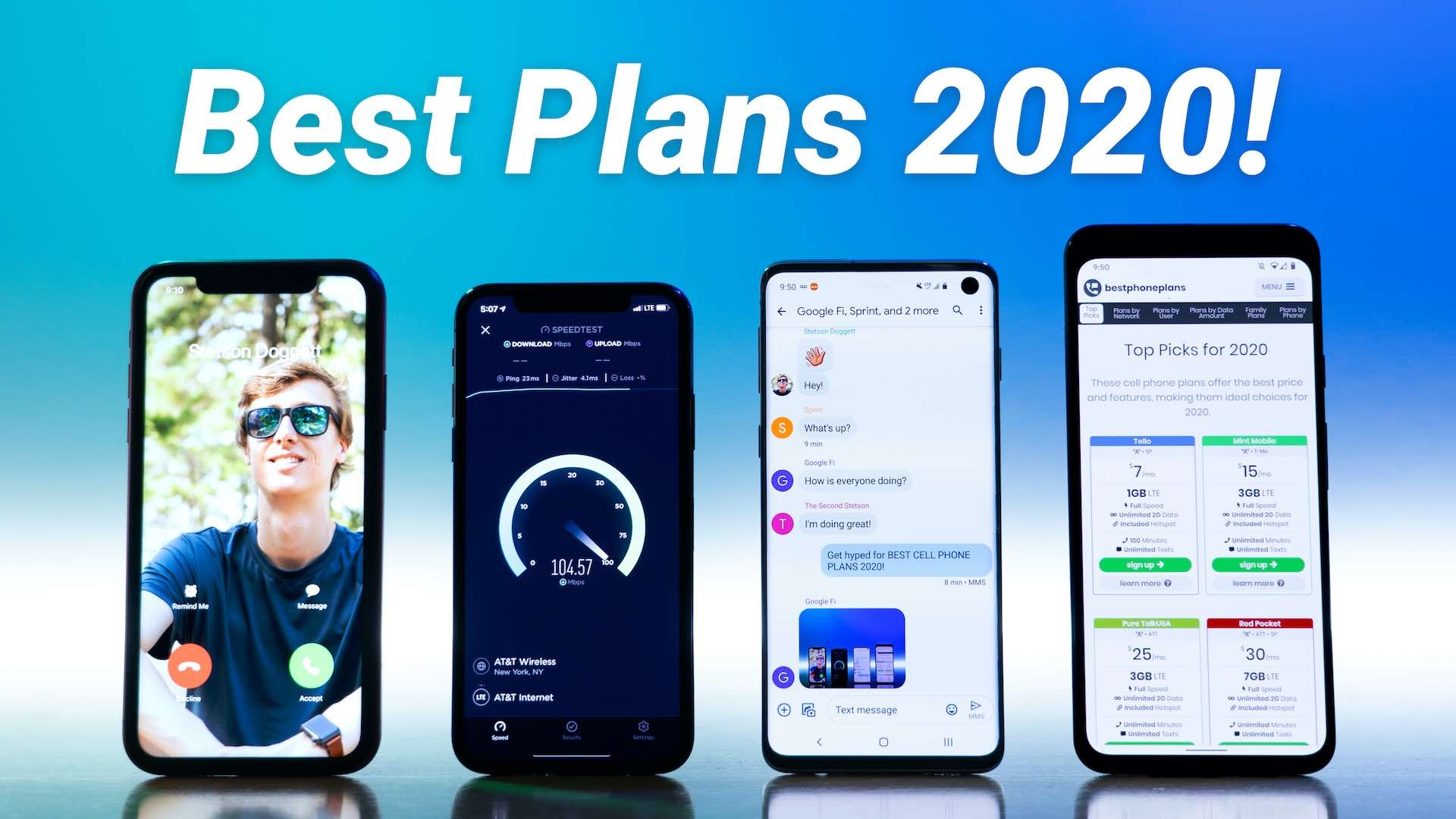