Visible updates their $40 unlimited data plan to include international calling, a new referral program, and an even better Party Pay group discount.
No items found.
|
No items found. 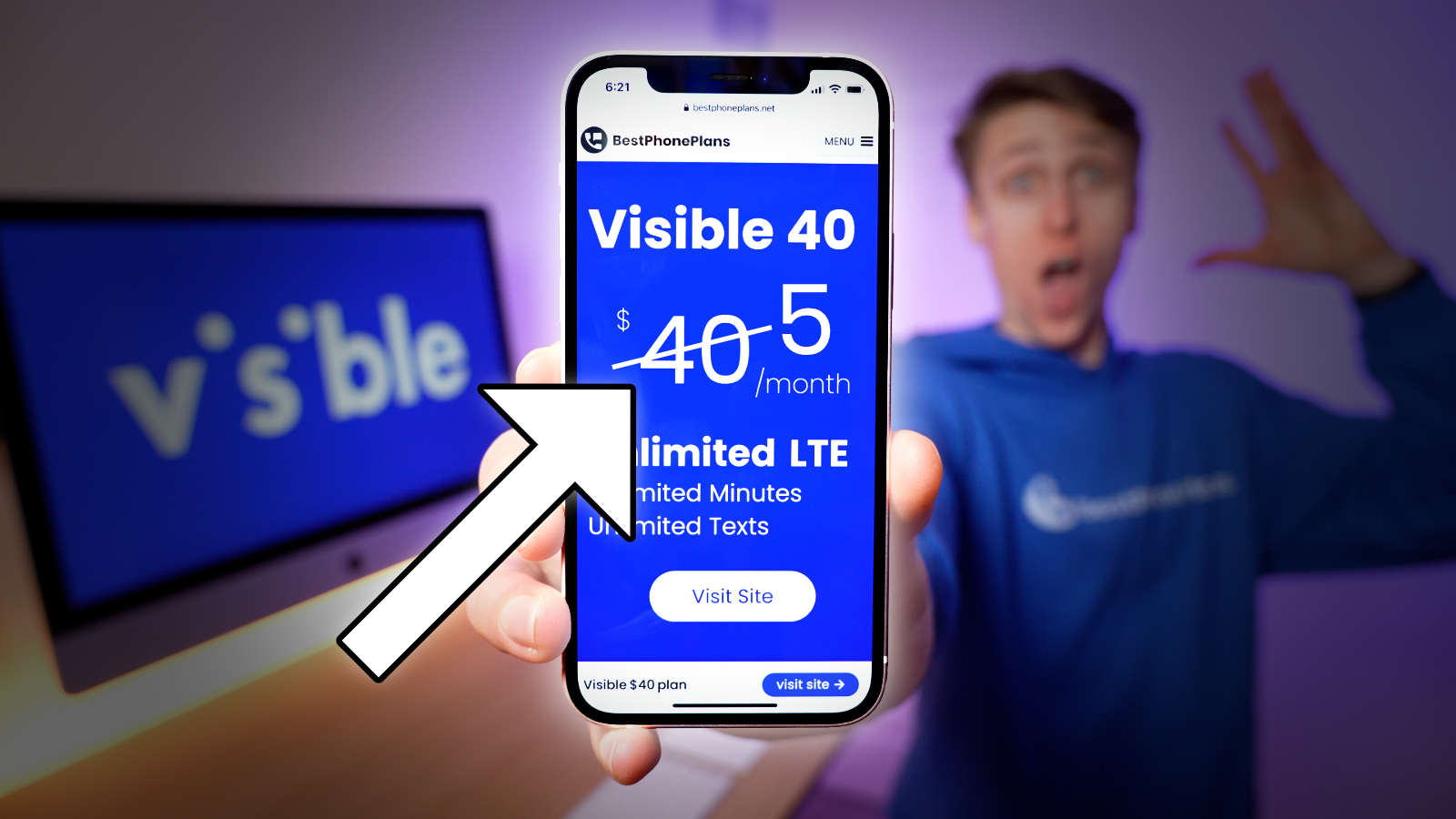 It offers true unlimited data with no overage charges, and it uses the Verizon network for coverage.

Many people have been enjoying Visible for its affordable price and excellent coverage on the Verizon network.

They also love getting unlimited hotspot data, which has been a huge help for some people now working from home, and the fact that Visible includes all taxes and fees in their $40 price.

What makes Visible's service even better is their Party Pay group discount.

When you join a party with four total users, Visible gives you 37% off their service and you pay just $25 per month on service.

This solidified Visible as hands-down one of the best deals out there.

I can't believe I'm saying this, but Visible found a way to make their service even better.

Here are the three new features Visible just launched with their $40 unlimited plan, and how you can pay as little as $5 per month (not a typo) for their service.

The first feature Visible added to their service was international calling.

You can make unlimited calls and texts to Canada, Mexico, the US Virgin Islands, and Puerto Rico.

No other countries are available for international calling at this time.

Visible's plan will  only work within the United States.

The second feature Visible re-introduced was their referral program.

I say re-introduced because when Visible first launched, they had a referral program.

The previous referral program gave you and your friend $20 each if your friend signed up using your special referral code.

The new referral program is a little different.

Here’s how it works: every time you refer someone with your unique referral code, you get a month of Visible service for just $5.

Yes, just $5 for one month of unlimited data on the Verizon network.

Unfortunately, with the new referral program Visible is only rewarding the person making the referral.

There are no perks or benefits for the person actually signing up for Visible using your referral code.

I hope this changes in the future.

Still, the new referral system is great for the person making the referrals.

Visible will let you bank up to 12 referral credits at a time.

This means you can refer 12 friends or family members, and then you will get an entire year of Visible service for just $5 per month.

And every month that one of your referral credits is used, you'll be able to refer another friend or family member to bring your total referral credit count back up to 12.

So make sure your friends and family members are using your referral code during the Visible activation process.

If you'd like, you are also welcome to use our referral code, "3lh6cC" (without the quotes), when you sign up.

3. Party Pay with No Limits

The final improvement Visible made to their service was with their Party Pay group discount.

A party with two members paid just $35 per line.

A party with three members paid just $30 per line.

And a party with four members paid just $25 per line.

What made Party Pay particularly special was that each bill was handled separately.

Having separate billing meant that single-line users could safely join parties with random people on the internet.

This spurred the creation of the /r/VisiblePartyPay subreddit, where people shared their party names and joined with other single-line users on the internet to enjoy the group discount.

The problem with Visible's old Party Pay system was that a user could leave a party at any time, whether they were cancelling their service or simply switching to a different party, and it would cause the other party members to suddenly have their bill increase by $5 per month.

The system would also not notify the old party members that a user had left, so often times people who were expecting to pay just $25 per month would be surprised to have their bill jump to $30 or $35 per month.

Thankfully, Visible has fixed this problem with their newest update to Party Pay.

This means that by joining a party with ten, twenty, or even two hundred lines, any member is free to leave without causing the price to increase for the remaining members.

Visible's new unlimited member Party Pay system effectively makes it super easy to join a party and get locked in to that $25 per month price without any worry.

If you're looking for a party to join, consider joining our party at https://visible.com/p/bestphoneplans.

The bestphoneplans party has over 277 members and counting, so you are guaranteed to keep your Party Pay discount and enjoy Visible's service for just $25 per month.

Two More Changes You May Have Missed

Along with the three updates mentioned above, Visible had also previously added two new features to their service.

The first feature was support for eSIM for iPhone users.

Using eSIM is helpful because the activation is almost instant, you don't need to wait for a physical SIM card to ship to you or anything, and it also means you can use your iPhone in dual-SIM mode.

Dual-SIM mode means that you can have two lines of active service in your iPhone at the same time.

For example, some people may want a personal line and a work line active in their phone at the same time.

Or other people may want Visible's unlimited plan on the Verizon network on one line, and a second line on Mint Mobile's $30 unlimited data plan, which uses the T-Mobile network for coverage.

eSIM also makes it easy to add an international plan to your phone when you travel abroad.

The one thing to know is that Visible's 5G speeds are capped at 200Mbps when connected to Verizon's Ultra Wideband 5G.

Still, it's impressive Visible supports 5G on Verizon, and no other prepaid carrier supports access to Verizon's UWB 5G network at this time.

With all of these new features and the amazing new referral discount, Visible continues to be one of the best and most affordable unlimited data plans on the market. 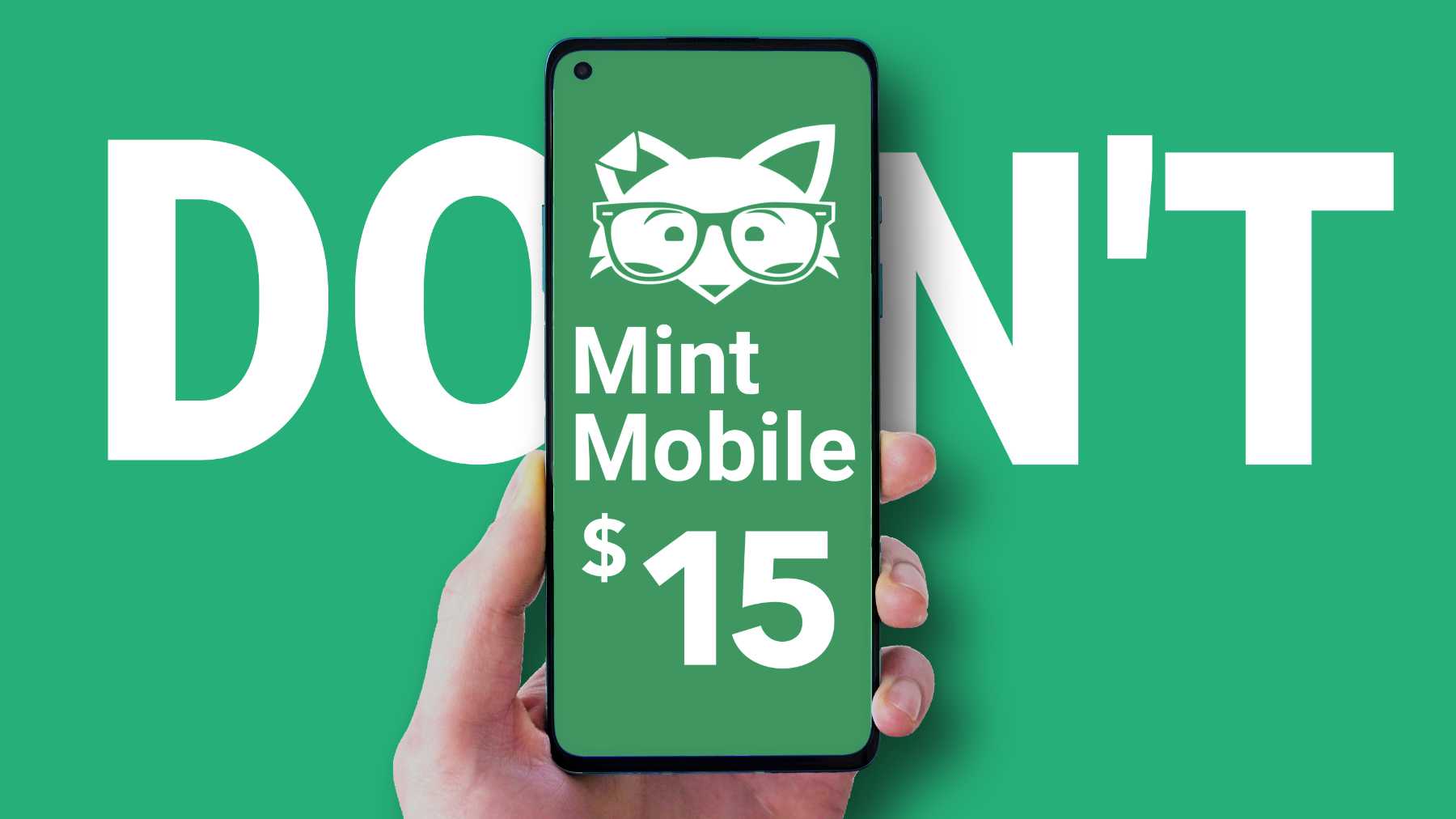 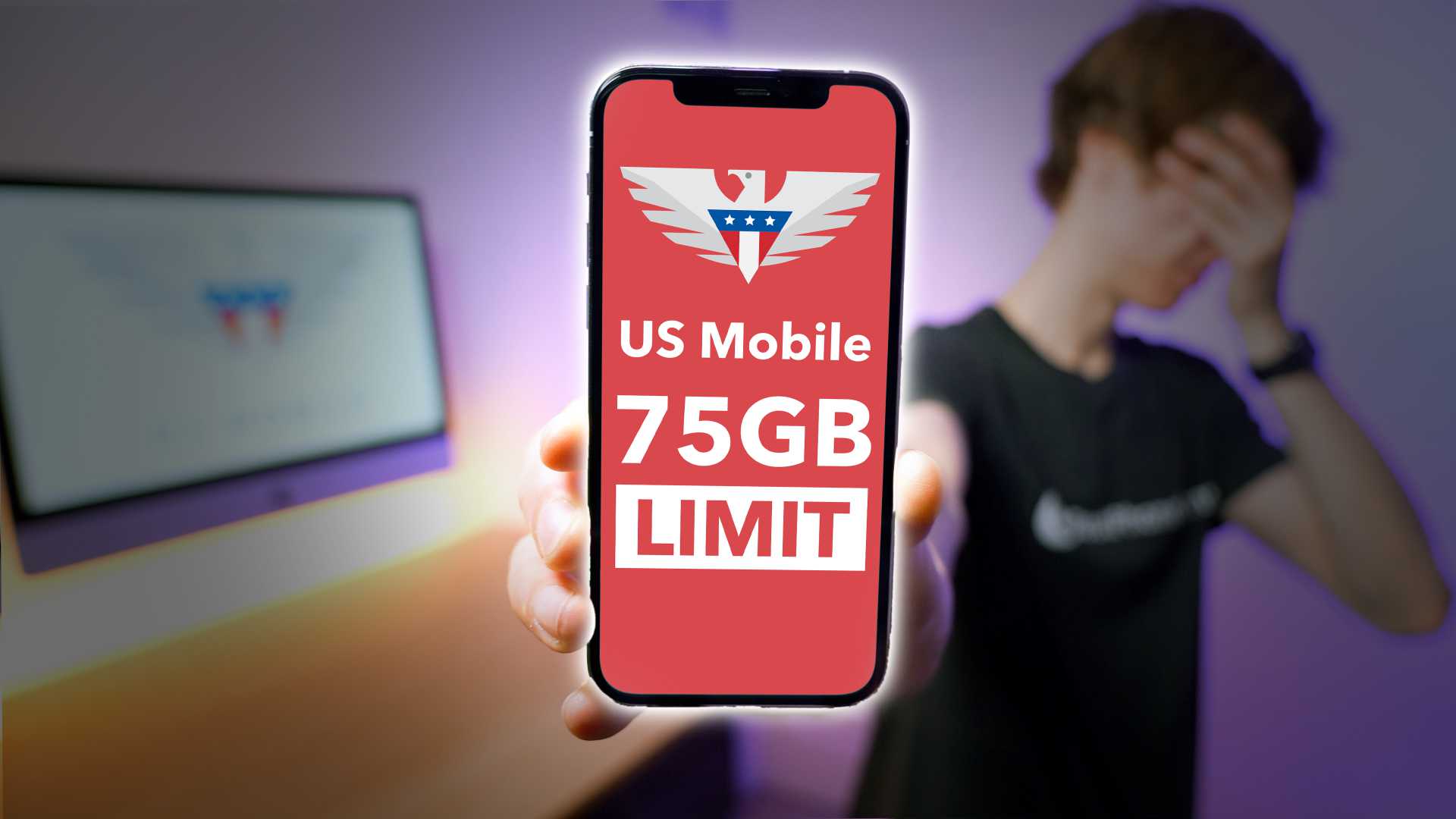 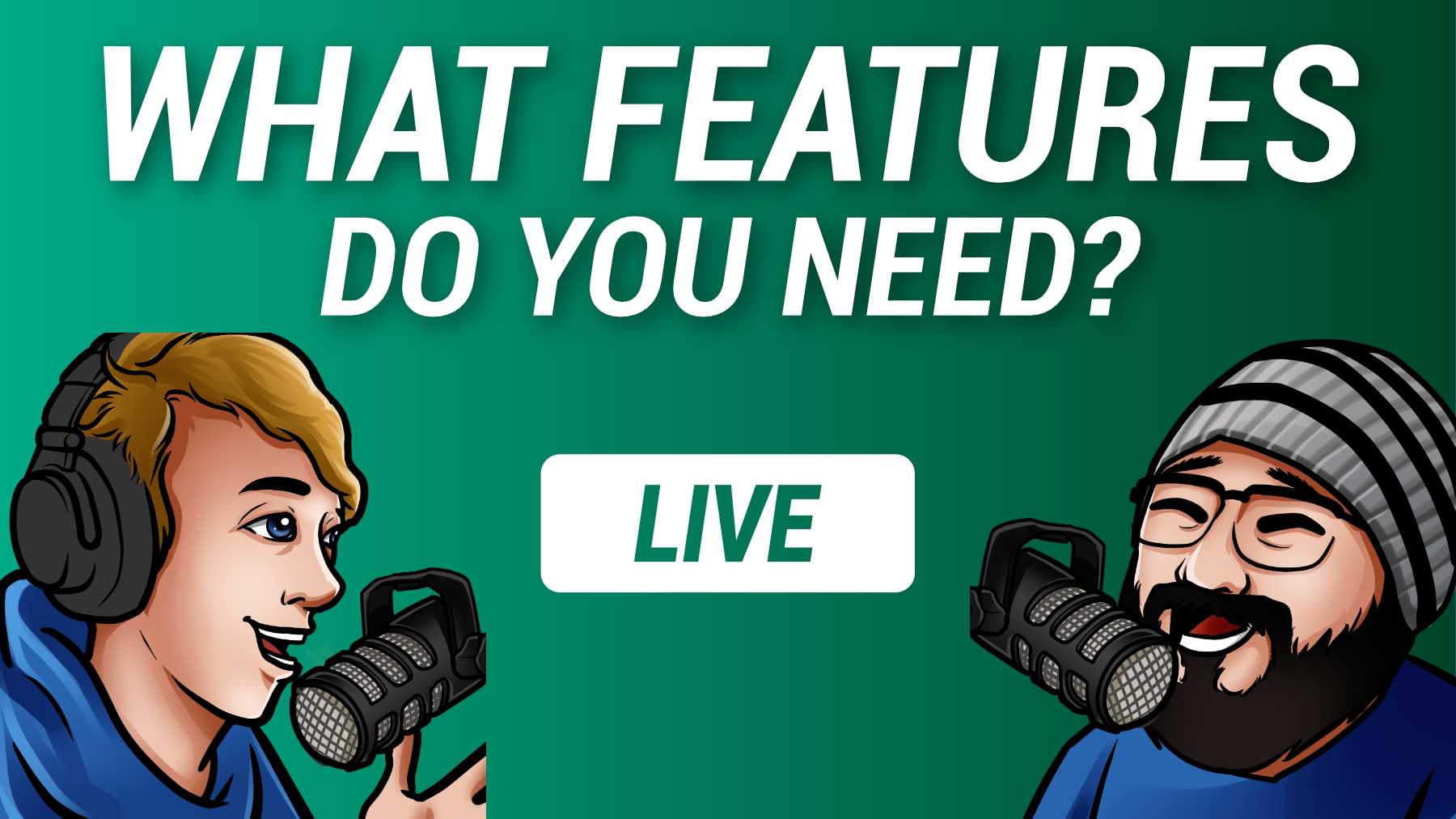 Mint Mobile now allows customers to create their own Mint Family and manage up to 5 lines on a single account. The primary account holder manages the plans.