What is Domestic Roaming? Here's Everything You Need to Know 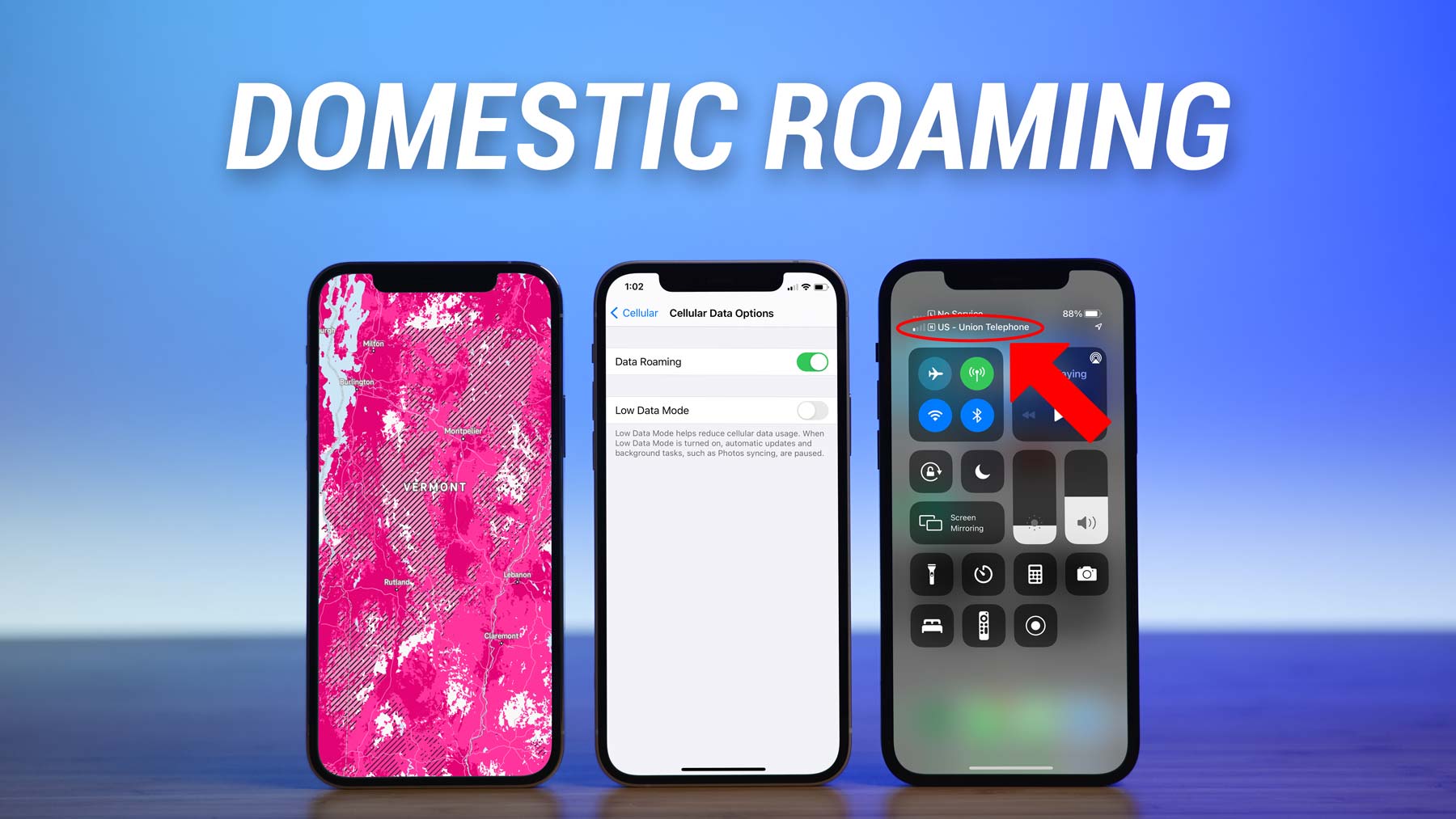 What Is Domestic Data Roaming?

Domestic data roaming is when your cell phone switches to using a partner network for coverage in areas where your primary carrier doesn’t have coverage.

For example, let’s say you are a T-Mobile customer and you are in an area without any T-Mobile coverage. Your phone may switch to, or “roam on,” the AT&T network for coverage in that area.

Network operators like Verizon, AT&T, and T-Mobile will create roaming agreements between themselves to help improve their customer’s experience and to make sure you get cell phone coverage in more locations.

You can typically see where carriers have roaming agreements by checking their coverage maps.

The striped areas on the T-Mobile coverage map below indicate partner coverage in Vermont and New Hampshire. T-Mobile likely has a roaming agreement with AT&T here because AT&T offers excellent coverage in those states.

Domestic data roaming is a feature that is primarily available with postpaid data plans from Verizon, AT&T, and T-Mobile directly.

It’s less common for MVNOs, aka the smaller prepaid cell phone plan providers, to offer domestic roaming with their plans.

That said, some MVNOs actually do include some roaming agreements.

Here is a full breakdown of the domestic roaming policies I’m currently aware of:

Check out a full list of the best cell phone plans that include domestic roaming here.

What Happens If Your Cell Phone Plan Doesn’t Have Domestic Roaming?

If your cell phone plan does not offer domestic roaming, then your coverage will be limited to the underlying network.

For example, if you’re on a T-Mobile MVNO without domestic roaming, then your coverage will be limited only to the native T-Mobile network.

Anywhere T-Mobile does not have coverage, you will lose service.

Thankfully all network operators, like T-Mobile, AT&T, and Verizon, are all striving to build the best networks possible with the greatest coverage footprints. They continue to improve and expand their networks every day.

If you feel you are getting poor cell coverage from your current provider, then upgrading your phone may be one way to improve your coverage.

Newer cell phones include more LTE and 5G antenna bands that allow them to get reception in more locations.

What’s The Difference Between Domestic Roaming and International Roaming?

The difference between domestic roaming and international data roaming is quite simply where the data roaming takes place.

Domestic roaming refers to any off-network use that takes place within the United States.

International roaming is when your phone connects to a partner network that is outside of the United States.

You can see the best cell phone plans that include international roaming here.

How Much Does Domestic Roaming Cost?

Most carriers include domestic data roaming free of charge. They want to provide the best coverage and experience possible for their customers.

However, as you can tell from the data roaming policies above, many carriers will limit the amount of data you can use while roaming and/or your data roaming speeds.

If you’re concerned about accidentally incurring data roaming charges, be sure to contact your current carrier to confirm the data roaming rates, or simply turn off data roaming in your phone’s settings.

How Do I Turn On Or Off Roaming?

iPhone users can turn off data roaming by following these four steps:

Android users can turn off data roaming by following these steps: 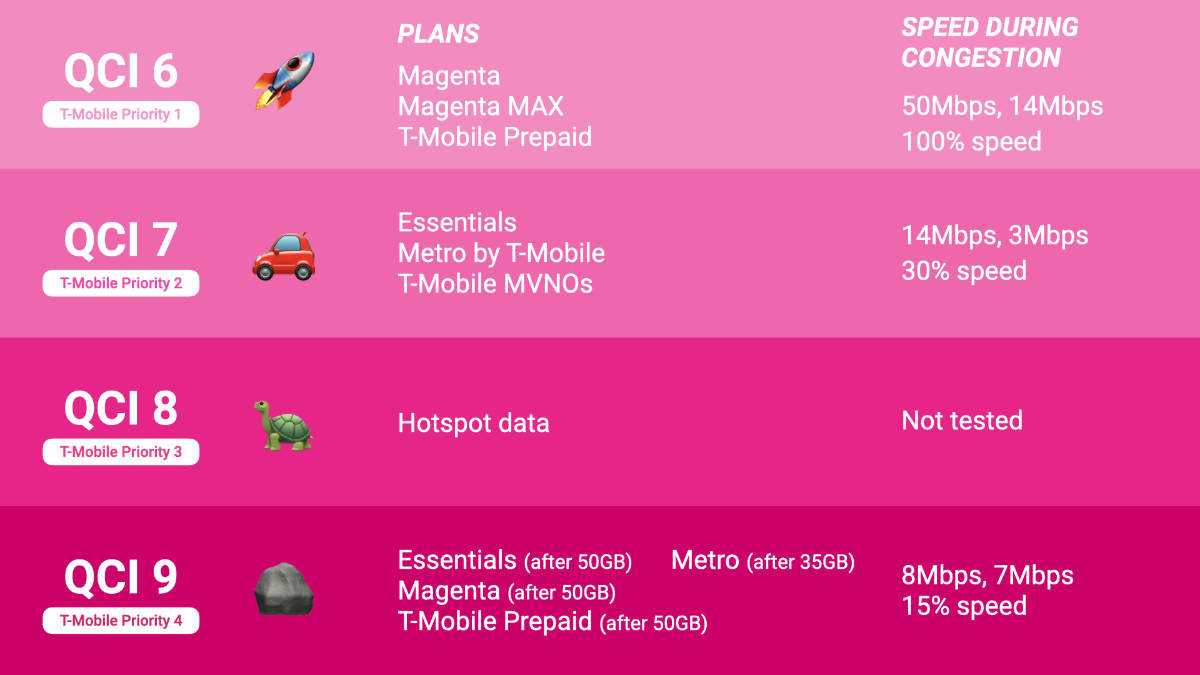 Ever wonder what it means to have 'premium data' included with your plan? It turns out, not all cell phone plans are created equal. Here's what you need to know.

Domestic Roaming Explained: What Is It and Do You Need It? 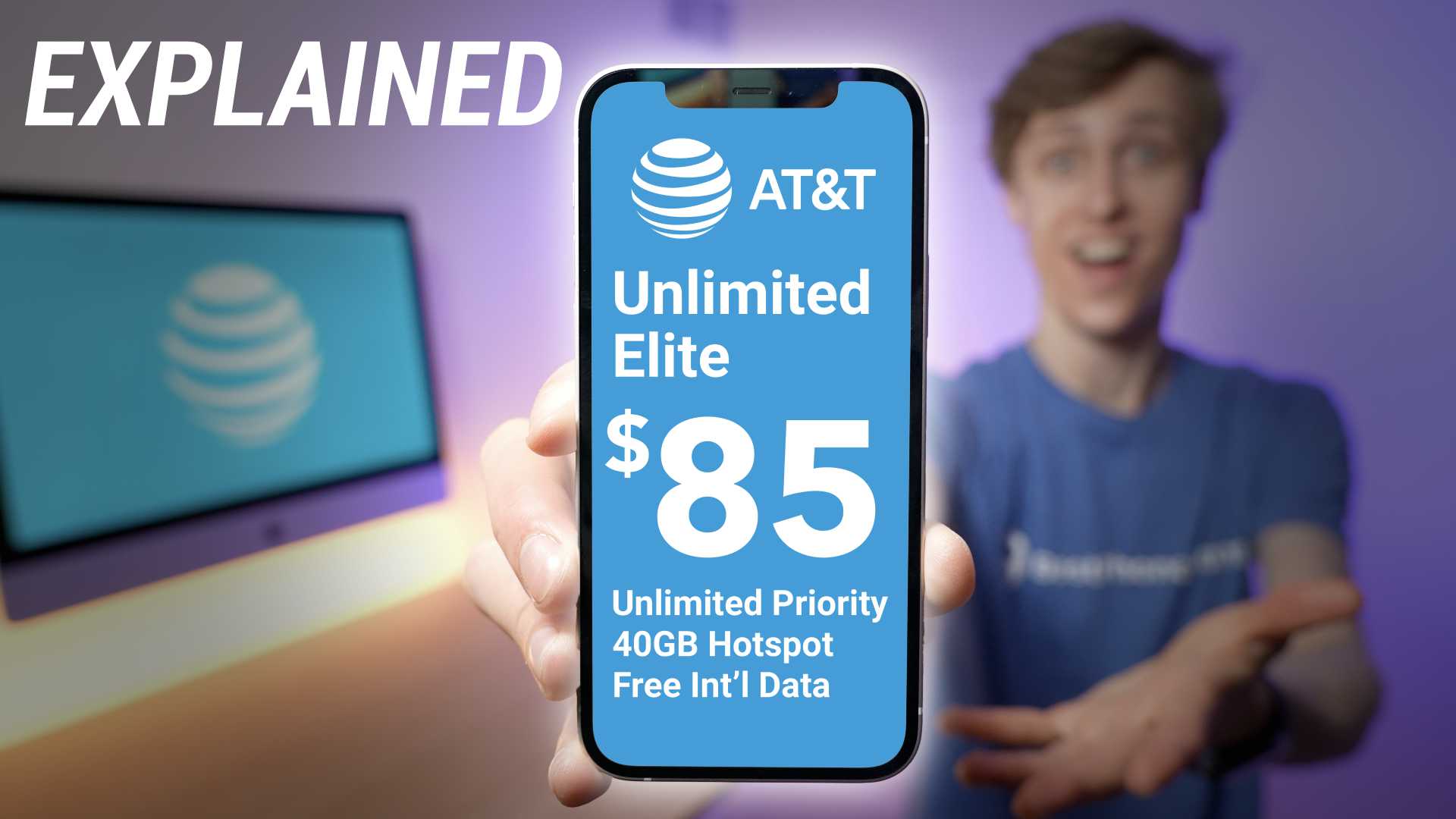 AT&T’s Elite plan just got three new features: more priority data, more hotspot data, and free international data. But is it worth it? 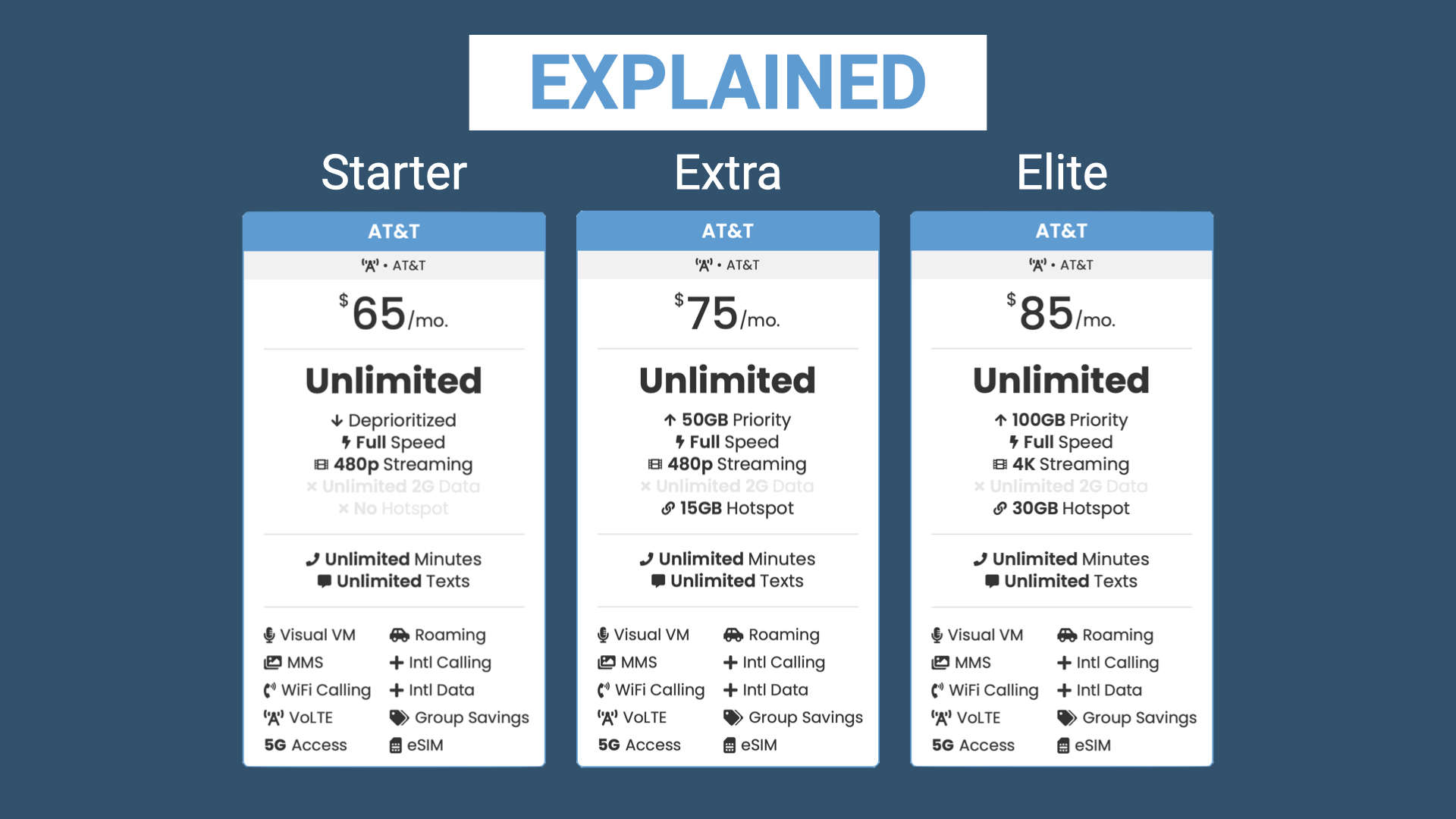 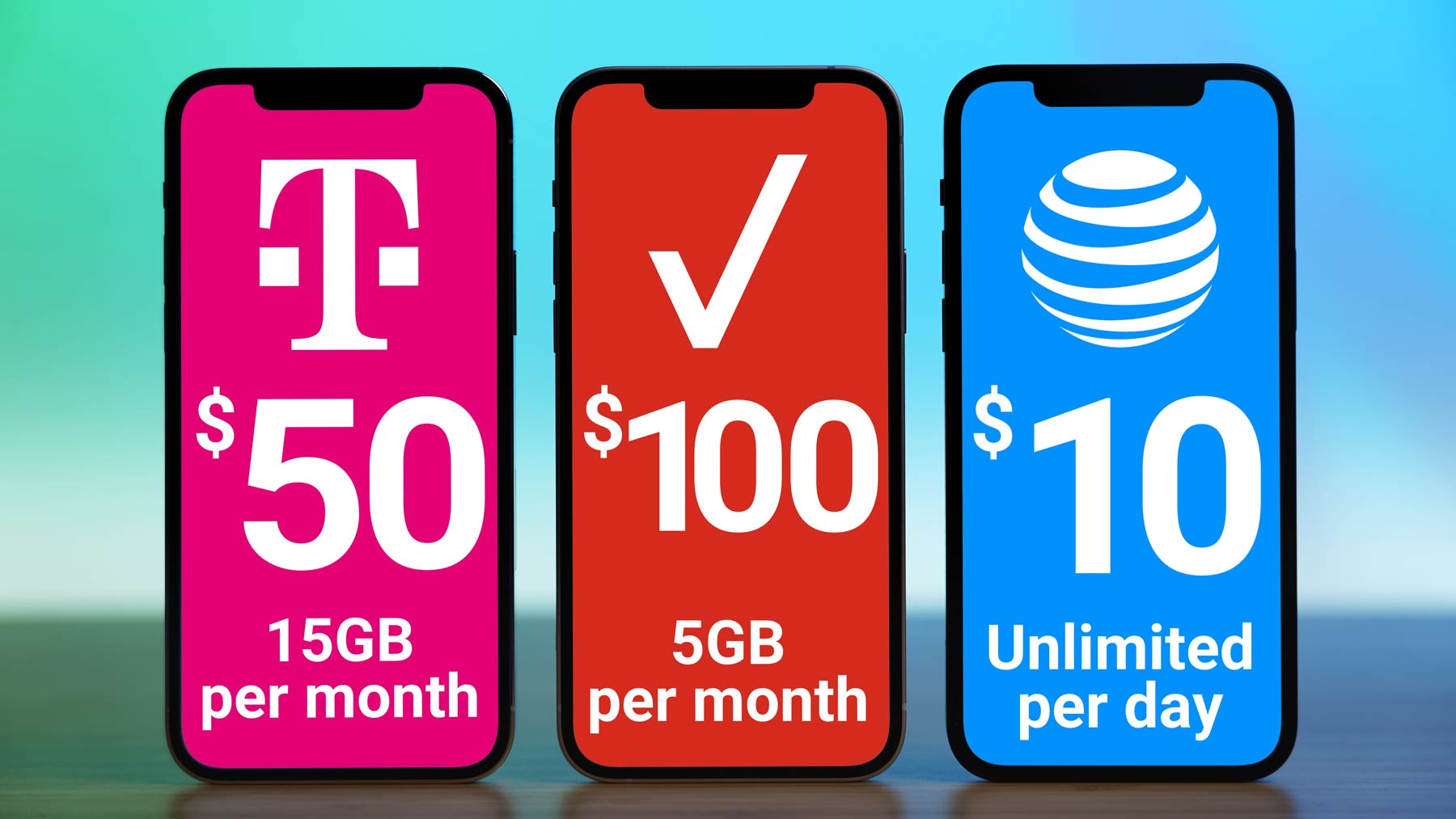 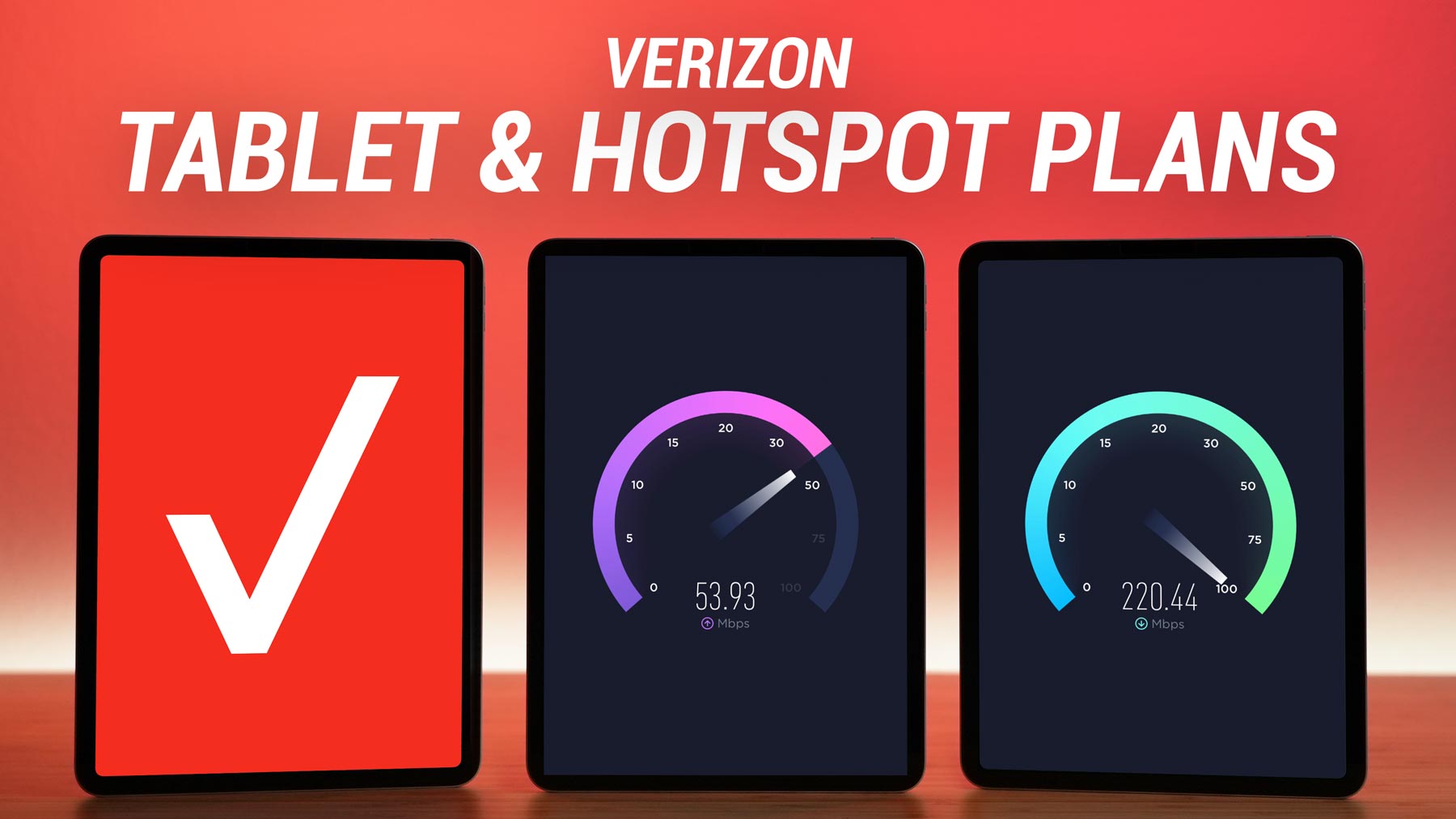 Here is a detailed and comprehensive breakdown of Verizon's 7 different tablet and hotspot data plans for both prepaid and postpaid customers. 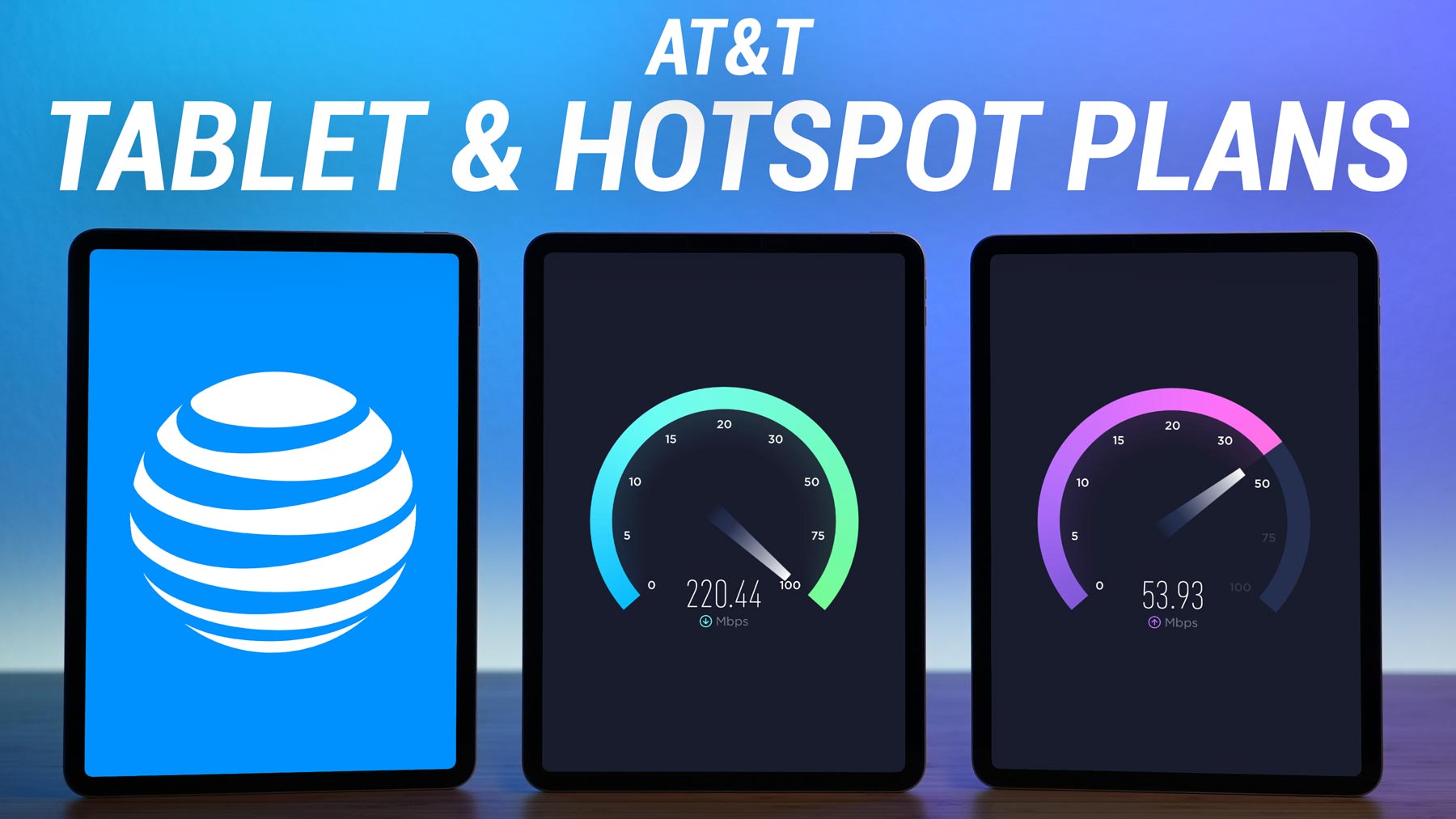 AT&T offers 7 categories of hotspot and data plans. Here are all the different features, benefits, and prices explained, as well as which ones are best. 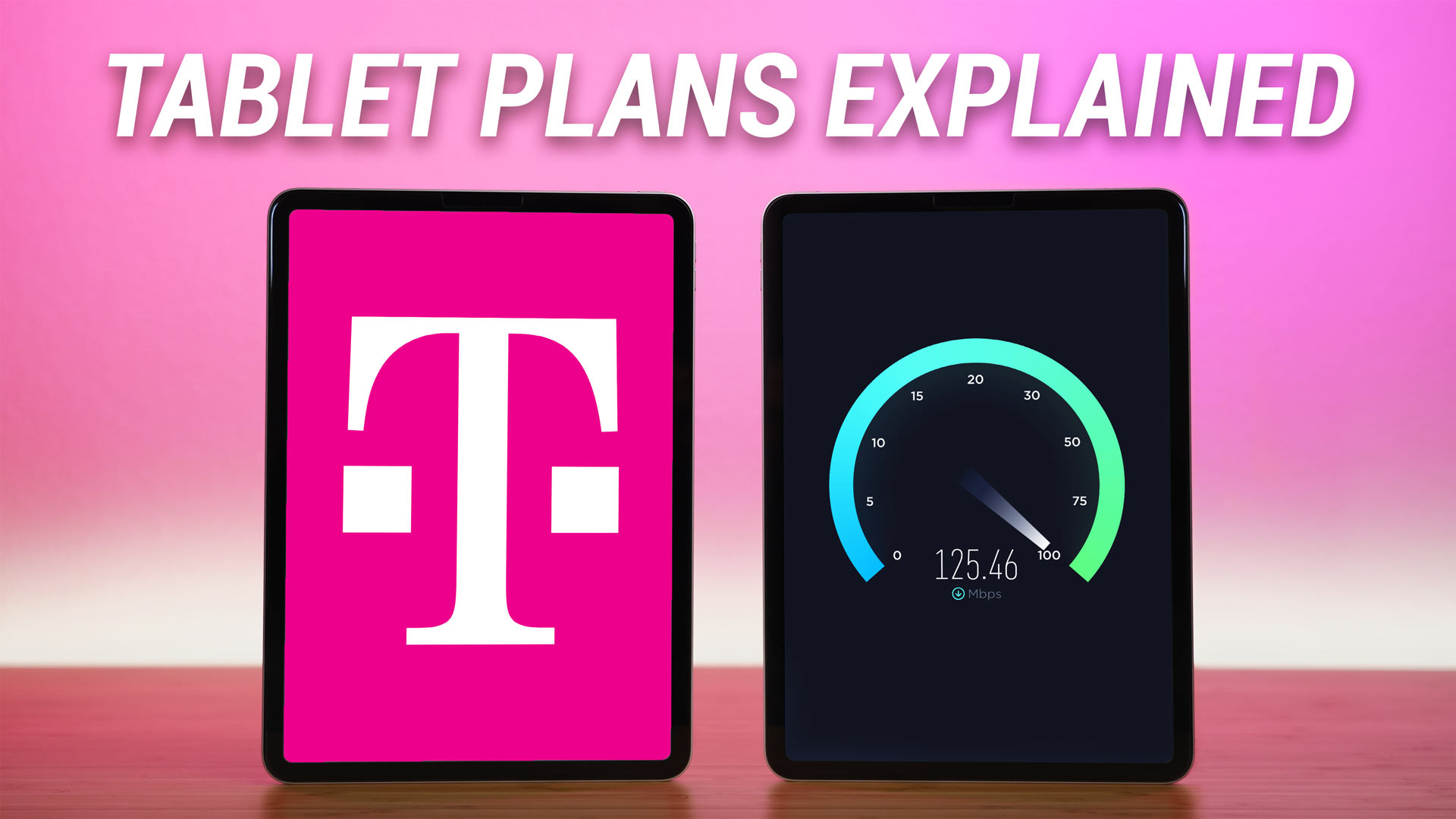 T-Mobile offers a total of 18 tablet and hotspot plans to choose from. Here's how they are the same, different, and which ones to sign up for.